People have been using oils in their hair and skin routines for centuries, but the trend has become more prominent alongside the eco-friendly movement. Everyone wants only the best, most natural ingredients for their bodies, and who can blame them? With so many chemicals and additives in many of today’s cosmetics, oils are one of the safer bets for a natural moisturizer.

All oils aren’t the same, however. Some suit specific uses better than others, while others include more sustainable harvesting techniques. As a consumer, you want information on the things you purchase before you spend money on them. And when it comes to environmentalism, you also want to ensure your products don’t harm the plant or existing ecosystems. Here is our list of healthiest oils for personal care.

Shea butter commonly comes in a solid form, but many brands sell it as oil, too. It comes from nuts grown on African shea trees, which require no pesticides or fertilizers in their growth process. These trees resist pests and diseases because they’re native to their region and don’t grow in dense groupings. Farmers avoid raising shea trees on plantations because they’re unviable in such environments and thrive best in the wild. Many farmers sustain their shea trees through sustainable agroforestry techniques. 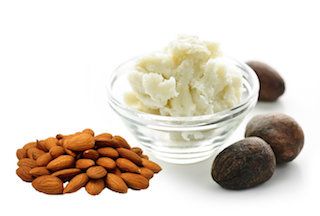 African women harvest and produce shea butter by hand and use the profits to support their communities. Most people know this product for its moisturizing properties, but its lesser-known abilities include healing wounds and acting as an anti-inflammatory.

Olive oil contains vitamins D and K, and it works well as a hair product and skin moisturizer. It’s generally safe for the face and body, though acne-prone individuals should always take care when using oils in their facial routines. Many companies make olive oil soap, which is excellent for cleansing your skin without greasiness. This oil is also a staple of the Mediterranean diet, known to protect against cardiovascular disease, cancer and premature death.

It’s better to buy olive oil from small farmers and Fair Trade certified brands to ensure your money goes straight to the source. Organic brands avoid using pesticides and other harmful chemicals in making the product, and they have lower levels of labor input.

Jamaican black castor oil undergoes a different extraction process than light yellow castor oil — this technique gives it its recognizable dark hue. People use it for skin and hair care, but it also soothes aches, respiratory issues and digestive problems. The ricinoleic acid inside the oil binds to the intestinal walls, causing them to contract and expel waste.

Manufacturers extract Jamaican black castor oil by roasting the beans, which requires more energy than cold-pressing. However, farmers roast their beans over a wood fire within the traditional method, which reduces the need for electric appliances.

Most consumers are familiar with the wonders of coconut oil. It nourishes the hair, makes for delicious baked goods and can supposedly whiten teeth. As with many other oils, its most sustainable form is unrefined and cold-pressed. Coconut oil is rich in medium-chain triglycerides (MCT), with more than 60% of its fatty acids being MCTs. MCTs are relatively new to the beauty and personal care industries but many have found them effective for adding moisure to the skin or lips, making them ideal for lotions or creams.

Agriculturists harvest the coconuts by hand, and the trees require no pesticides or harmful chemicals, making this product a popular eco-friendly option. Traditional farming methods are more expensive, but they also put less strain on the planet.

It’s better to use this oil on the body only, as it can cause breakouts on the face.

This eco-friendly oil for personal care comes from Mexico and the Southwest, which means closer transportation for American buyers and fewer fossil fuels released into the atmosphere. It became successful as a cruelty-free substitute for whale sperm oil, and it solidified its status as a skincare favorite by resembling human sebum. It’s close in consistency to the natural oils human bodies produce, which makes it easier to absorb — and it regulates oil production. 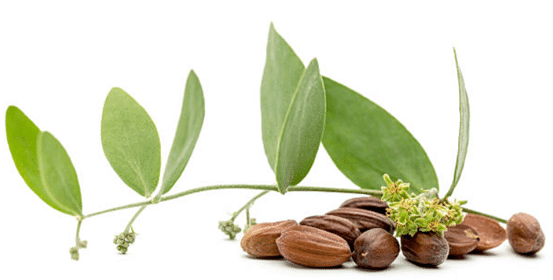 Jojoba oil production is highly efficient, as it produces five grams of oil from 10 seeds. Each seed contains up to 65% of the substance.

Almond oil, true to its name, comes from cold-pressed almonds and includes nutrients such as zinc and potassium. It works well for dry skin and is an essential ingredient in many lotions, creams and cosmetics. It’s rich in fatty acids, which are healthy for the skin and regulate the body’s natural oil production. People use it in both unrefined and refined forms, though unrefined almond oil requires less processing and less energy waste.

Green personal care oils serve as practical solutions to numerous issues. Many of them are versatile, pleasantly fragrant and provide little harm to an overtaxed environment. Skincare gurus and everyday people around the world have made them a part of their daily routines, and they reap countless benefits.

Emily Folk is freelance writer and blogger on topics of renewable energy, environment and conservation. You may read more of her work on http://www.conservationfolks.com. Follow her on Twitter @EmilySFolk

4 thoughts on “Healthiest Oils for Personal Care and the Environment”