Philly – the birthplace of the Fresh Prince, cheesesteaks, and the US Constitution. Whether you are a native, a future Philadelphian, or just an enthusiastic visitor, this guide to different house styles in Philadelphia will try to provide a good overview of the most classic of the bunch.

The heady mix of history and modern architecture is present in most large cities, really. What really sets Philadelphia apart are its rowhouses. The classic Philly rowhouse has managed to maintain its popularity through time. A part of its endless appeal probably lies in its versatility. Here, we will cover the four basic types that help make this city what it is.

The first rowhouses appeared in Philadelphia as early as 1691. These were fashioned after the London houses typical of the time. They were two rooms deep and had a backyard. The rowhouses slowly spread through the city and the rest of the country. When they were built elsewhere, people even called them the Philadelphia rows. Society Hill actually has the largest concentration of original rowhouses from the 18th and 19th century in all of the United States. These houses are often built using different materials and even different styles, but they almost always look very much like terraced houses typical of London and the UK.

One of the reasons for the popularity of these historic architectural styles in Pennsylvania is that they were quite inexpensive to make. The original design of the city is what also helped these homes remain where they are. Another great perk of a rowhouse is that it allowed for great density of homes. You didn’t really need a lot of land in order to build a home. Finally, living in such close quarters with your neighbors provides you with a sense of community and belonging.

William Murtagh outlined the following four types of rowhouses in 1957. He was an author and historic preservationist and served as Keeper of the Register from 1967 to 1979.

If you are in need of a first-timer’s guide to buying a home in Philly and are looking to downsize – look no further. This is the smallest variety of the rowhouses as it usually takes up a plot of 16 by 16 feet. This is enough space to have one room on each of the floors – typically two and sometimes even three. As they are very small, these aren’t very common any longer. Some do, however, remain on Society Hill.

If you end up in a place like this, it might be a good idea to get a space for storage to simplify the relocation to your home. Living in the bandbox can be a really great exercise in minimalism and unique living.

The London house was a popular rowhouse style in the 19th century. It was two rooms deep and contained a side hall as well. As the lots in Philadelphia were narrow and deep, it was a perfect solution to maximize the available space. 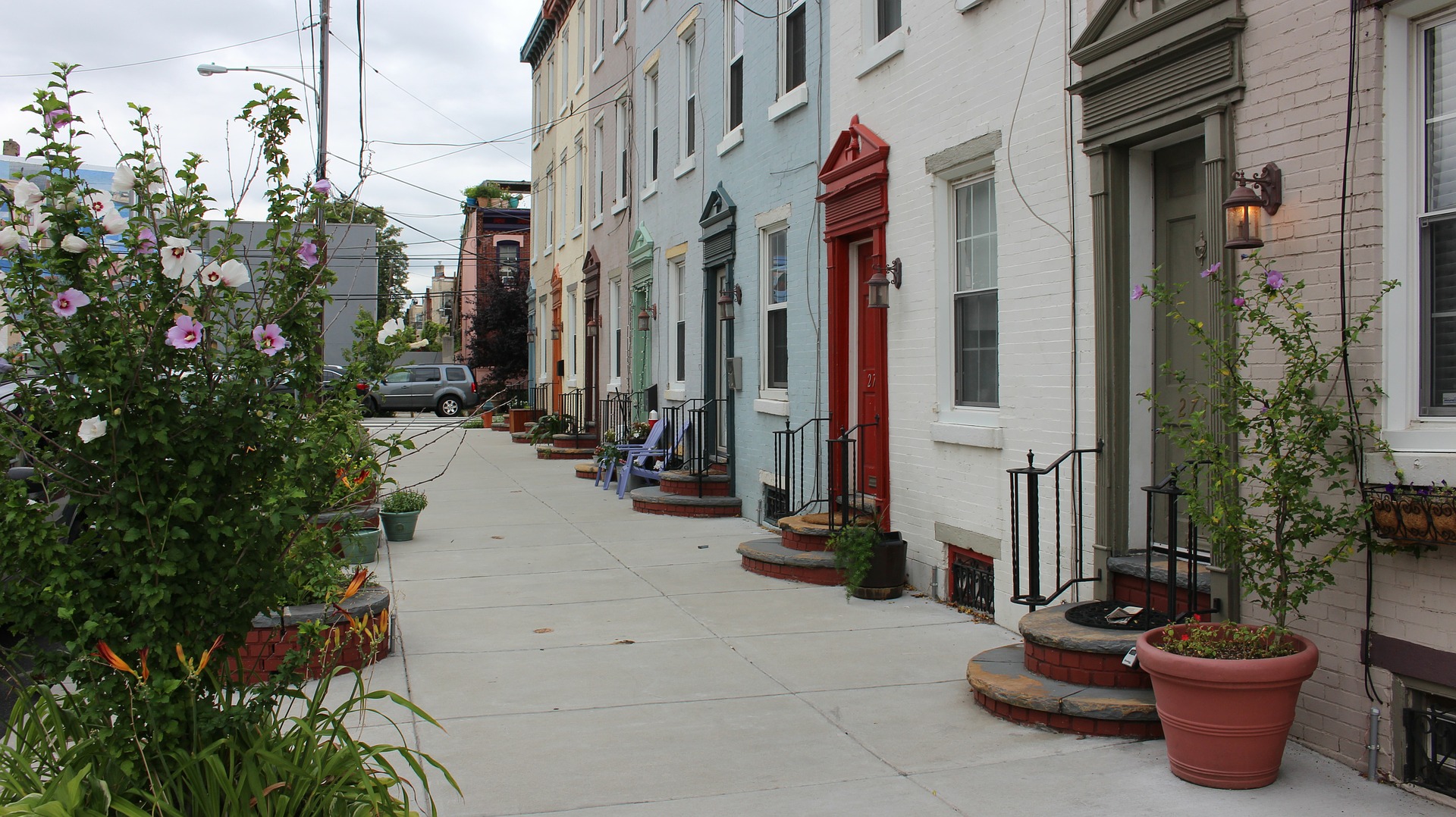 While much bigger than the bandbox and the house plans allowing for more comfort both upstairs and down, these houses still make for quite narrow living. Moving in and out of their narrow hallways could turn into a real nightmare without proper help from professionals like zippyshellphl.com.

As it is becoming clear from this architectural style guide, each of these examples of rowhouses piggy backs slightly on its predecessor. The same is true of the city house. It was slightly more elaborate than the London house. The floors had a front room, a separate staircase and service rooms towards the back. These service rooms were usually the kitchen and a laundry room.

The rear rooms didn’t have the width of the front room which left space for a yard on the side of the house. This provided more light into the place. Even more importantly, it provided the opportunity for outdoor entertaining. Elfreth’s Alley is one of the places in Philly that still boasts some of these classic rowhouses.

Town houses are surely the largest of the classic rowhouses in this short guide to different house styles in Philadelphia. The kitchen and laundry room are still at the back but these homes are much wider and house two front rooms with the staircase in the middle. Because of their size, it is safe to assume that these houses are on larger lots as they are not nearly as narrow as some of these other classic styles. In the old days, the back yard would also contain a stable and a coach house.

Nowadays, they eliminate any worries about not having enough storage if you live in a rowhouse. Because of their size and plan and the ease of living these can provide, the town house is perhaps the most widespread of these four classics today.

The defining quality of these popular Philly types of houses is their immense practicality. They take up just the right amount of space and bring you the best of both worlds. Just because you wish to live in a house doesn’t have to mean that you can’t live in the middle of a bustling city. Nowadays, rowhouses are still popular for this reason, but they have gone through quite an evolution. 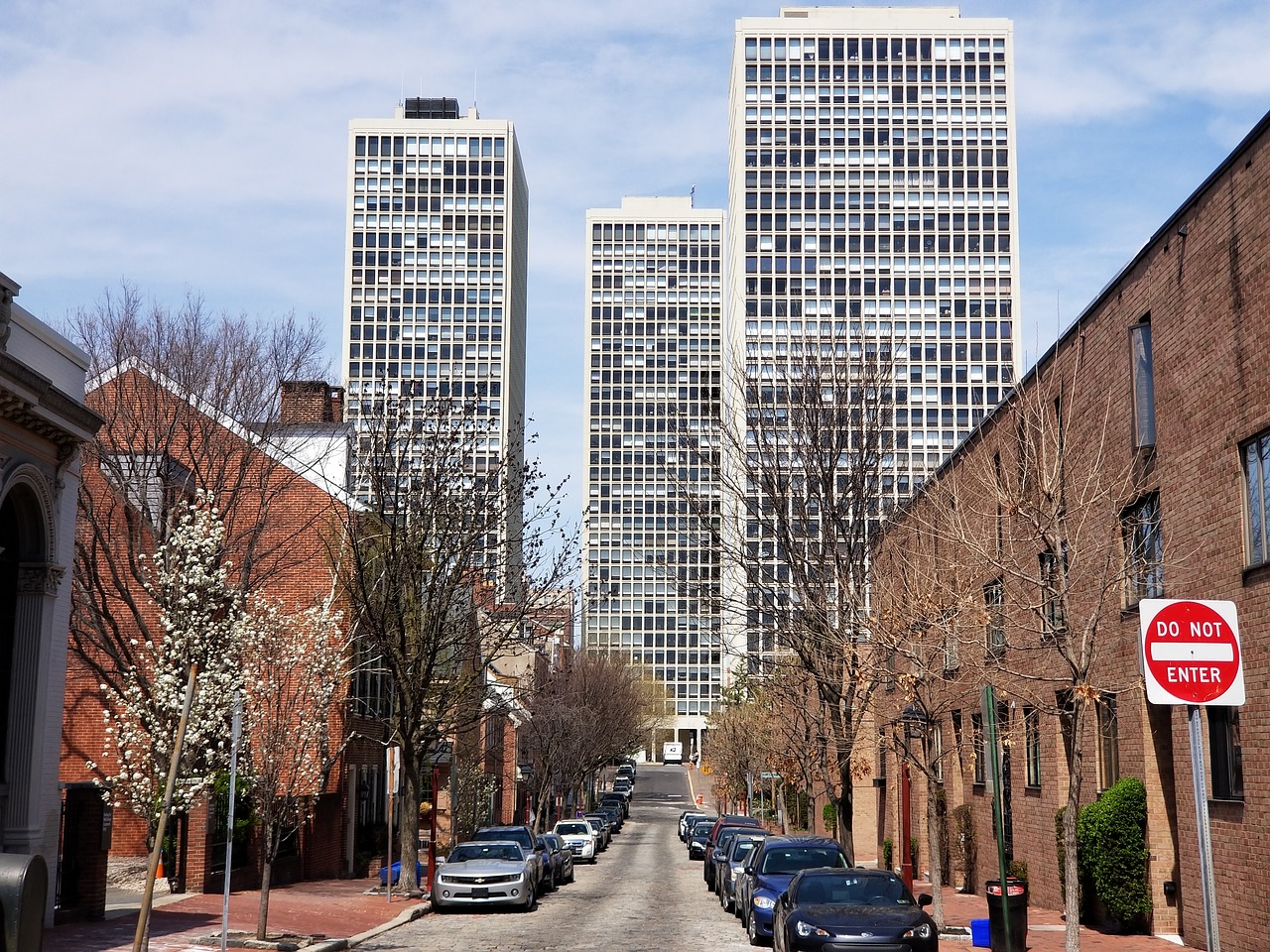 While they may look classic on the outside, their modern insides make for highly comfortable living without any restrictions. You can pretty much do whatever you want within the confines of the four (not so) narrow walls. Moving into a historic home can be a great opportunity for a thoughtful remodeling.

Sally Crooney is a blogger that specializes in architecture, landscaping and interior design. She lives and works in Fort Lauderdale and loves taking advantage of all the Florida sunshine.

1 thought on “Guide to Different House Styles in Philadelphia”