Streaming services have gripped the movie buffs and entertainment seekers from inside out. With each passing day, we come across different movie releases and TV shows that enthrall us from inside out. Streaming service providers have to release new shows and movies to stay in the limelight of mainstream audiences present worldwide. Netflix, Hulu, and Amazon Prime are few of the major streaming providers offering addictive shows and blockbuster movies added to their collection frequently.

The ease of streaming movies and TV shows has all been possible through internet service providers offering whooping speeds up to 1Gigabit. Moreover, cable TV providers are also offering customers to make use of these streaming platforms by paying a small amount. Click here to subscribe to the best cable TV provider in your area.

With so many TV shows and movies available, choosing the best one is difficult. Let’s have a walk through some of the best movies and TV shows to stream in 2020.

High Score available on Netflix is a docuseries that will take you in the past when games were much simpler than we play today. France Costrel gives deep down the memory lane to examine the history gaming industry and its revolution. High Score includes a series of interviews with creators and developers of the video games released back in the 70s, 80s, and 90s. Some of the most popular games like Pacman and Invaders are few to mention.

The docuseries also look into gaming consoles like Atari that were available in those days. The series also walks you through the journey of growth from simple arcade games to the release of home gaming. The series includes animated segments. Charles Martinet who has provided the popular voice for video games like Mario narrated the series. High Score is a popular series on Netflix that has gripped the game lovers to know more about it. The series only includes six episodes, but surely a treat for those who grew up playing those games.

Made by Loren Bouchard, Bob’s Burgers is an adult animated series released under Fox Broadcasting Company. The adult sitcom centers on Belcher Family including Linda and Bob as parents and their children Louise, Gene, and Tina. The family runs a hamburger restaurant on Ocean Avenue.

Bob Belcher, the father is unlucky as his family including children and wife are quite mischievous. Gene who is eleven years old son will do anything for nothing. While Tina the eldest daughter of Bob Belcher aged 13 is in search of a love who always visits Jimmy Pesto Jr. the son of Bob’s rival restaurant owner. Louise who is the youngest of all has a glass of wine all the time. With crazy events, taking part, Bob and his family pull through the situation every time with hysterical results.

Castle Rock is a horror, drama, and fantasy psychological series that would get on your nerves. If you are faint-hearted, don’t watch it alone. Based on Stephen King’s best work, Castle Rock is a rollercoaster ride played out in Maine woodland. The series is inspired by the settings, themes, and stories written by Stephen King. Castle Rock was premiered back in July 2018 on Hulu.

Dustin Thomason and Sam Shaw have created this psychological thriller masterpiece. The main cast includes Sissy Spacek, Melanie Lynskey, Jane Levy, Andre Holland, and Bill Skarsgard. If you have the guts to watch Castle Rock, don’t miss it out watching on Hulu. Up till now, the TV series has released only two seasons. If you are fond of reading Stephen King’s great masterpieces, Castle Rock is surely worth giving a watch. 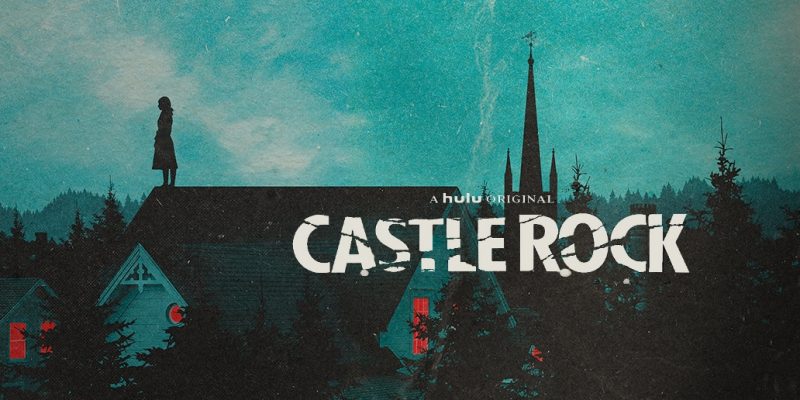 4. Inside the World’s Toughest Prisons

Inside the World’s Toughest Prison is a documentary in which a journalist travels to different parts of the world to discover the imprisonment process. For instance, Rizal Jail in the Philippines is a unique detention center where inmates cook for each other and perform a dance. The journalist also explores Piotrkow Prison in Poland, which is guarded by intense security personnel. The journalist also spends time in an extreme isolation cell. He also comes to know about the condition of Danli Prison in Honduras and El Hongo prison in Mexico.

The journalist embarks his exploration of detention centers in other countries including Belize, Brazil, Ukraine, and Papua New Guinea. The host also uncovers the struggles of each detention center where guards attempt to revitalize prisoners and criminals.

Blindspot is another TV-series you should watch on priority. The story begins with a pretty lady emerges out naked in New York Time Square with no memory of who she is. The FBI agent names Kurt Weller played by Sullivan Stapleton, calls for a backup and tries to find whom to assign the case.

Blindspot is a great thriller as the story begins to unveil. The tattoos on Jane Doe’s body had given some hint to Agent Weller and teammates unveil the hidden truth behind these tattoos. The tattoo on Jane’s body is a map that brings close to resolving the mystery. If you want to sit on the edge of your seat the whole weekend, Blindspot is surely going to give you enough treat to refresh your mind.

The stranger is yet another TV show that has driven fans crazy with thought inciting and realistic story. The second season of Stranger was recently released after a three-year wait. The leading cast includes Choo Seung Woo and Bae Doona.

The story centers on a prosecutor who after having a surgery lost sense of social skills and empathy. He investigates political corruption and case of murder by teaming up with a female detective. A stranger is originally from South Korea that was nominated for several awards in its homeland.

So what are your plans for the weekend? If your friends are not ready to hang out with you on the weekend, surely these movies and TV shows are worth giving a watch. At least, if not weekend, you can still watch it on weekdays after a tiring and hectic day.