Over 70 scientists in a collaborative effort had placed their concerns in a recent communications in the journal, Nature Ecology and Evolution. These scientist representing 21 countries have devised a roadmap for the conservation of insects and a recovery from the present status of these creatures. The crux of the article is that the “the decline of insects … and biodiversity as a whole, is a very real and serious threat that society must urgently address,” as stated in the article.

Action needs to be taken to protect and prevent the decline in our insect populations. These small creatures, often considered by urbanites to be pests and nuisances, are in decline yet they each provide essential environmental services for all of nature. Insects are crucial for agricultural production as well as nature and wildlife existence. The insect is essential for heathy, robust and productive ecosystems all across the globe.

Insects are essential food sources at the lower level of the food chains for fishes, birds and small predators. As we move up the ecosystems, the roles can change to significant service providers such as pollinators and decomposers. Humankind needs the pollinators to be able to grow crops to feed the ever-expanding global population. Roles so significant and so critical for human endeavours but are seldom accredited with their contribution in nature. 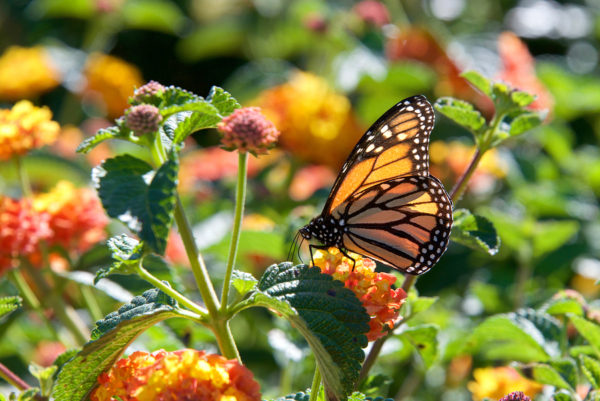 Even governments are starting to clamor about the plight of the insect communities. The German government has set aside significant funds (100 million Euros) to address this concern. Achievable recommendations are spelt out such as the creation of and setting aside of natural areas within urban conglomerates that provide a safe environment for the survival of insect species and would also ensure species diversity in the area. The ‘restorative’ areas can be both inside urban zones and as ‘sensitive areas’ within conservation zones and regions within a country. This action is directed towards the specific need and requirements of the threatened insect communities.

A specific concern would be the need to reassess and act on the issue of light pollution. This is a much underrated source of ecosystem modifier with massive consequences on both insect and animal communities as well as on human behavior patterns. Light pollution can lure insects into more dangerous, less natural environs as well as upsetting the diurnal clock of organisms an so affect mating and feeding patterns, time sequencing and migration patterns. and so on.

From a more holistic view perspective, action focuses on the more global scale issues that can be addressed at the local and regional levels for implementation. These steps include the move away from such intensive agricultural practices that are heavily reliant on synthetic pesticides and fertilizers. This would mean the need to develop more of and promote the adoption of more biological control measures. There needs to be a move towards more agro-ecological measures that will sustain ecosystems and maintain productive agricultural lands.

Stepping up from local to regional level, requires a reevaluation of agricultural practices. This step will require a step back from the present intensive agricultural practices many of which are mono-culture based. And the final step up is at the national level, where both government and all food sector producers need to address the need to reduce greenhouse gas emissions, not just CO2 but all the various GHG contributors.

These may seem like a tall order. But we are talking about the long-term survival of natural ecosystems to sustain nature and food-production ecosystems essential for the survival of the growing global population. The call for action is for all inhabitants of global earth but in particular for environmentalists, enviro-educators, enviro-researchers and scientists,  policymakers at all levels of the governing machine within each nation, land managers and conservation bodies and organizations.

Within the scientific communities, the conservation of insects will be challenged in those regions where there is limited information on the life cycle and habitat requirement of less know, localized insects. Younger nations will not have the length of biological records and data archives of their native species. And so this adds to the complexity of the undertaking to conserve insect species.

Here in New Zealand, there is a paucity of scientific information on the giant wetas, some moth species such as the Notoreas Moth, and flightless beatles, all native to the land.

What is being done in New Zealand?

Dr Claire Cosgrove, Ph.D., is an independent Environmental Scientist and Educator. Looking to establish a consultancy company: “Cultural Awareness, Environmental Mindfulness”. Formerly a Professor of Environmental Sciences in the College of Engineering at AMA International University, Salmabad, Kingdom of Bahrain. Before moving to the Middle East in 2009, Dr Claire was a Research Scientist based in the USA at the University of Virginia, Charlottesville and at Georgia Institiute of Technology in Atlanta, Georgia. Dr Cosgrove has lived and worked in a number of countries such as South Africa, USA, New Zealand and the Middle East. Her research work has covered air pollution, weather modification /cloud seeding, rainfall modelling and simulation and flood forecasting, to name a few areas of interest.